On behalf of various collectors we offer individual, worldwide sold out artworks by David Yarrow for purchase. The following selection shows exemplarily some masterpieces of David from the last years. If you are interested in one of the following images, please send uns an E-Mail. We will assist you in your search. 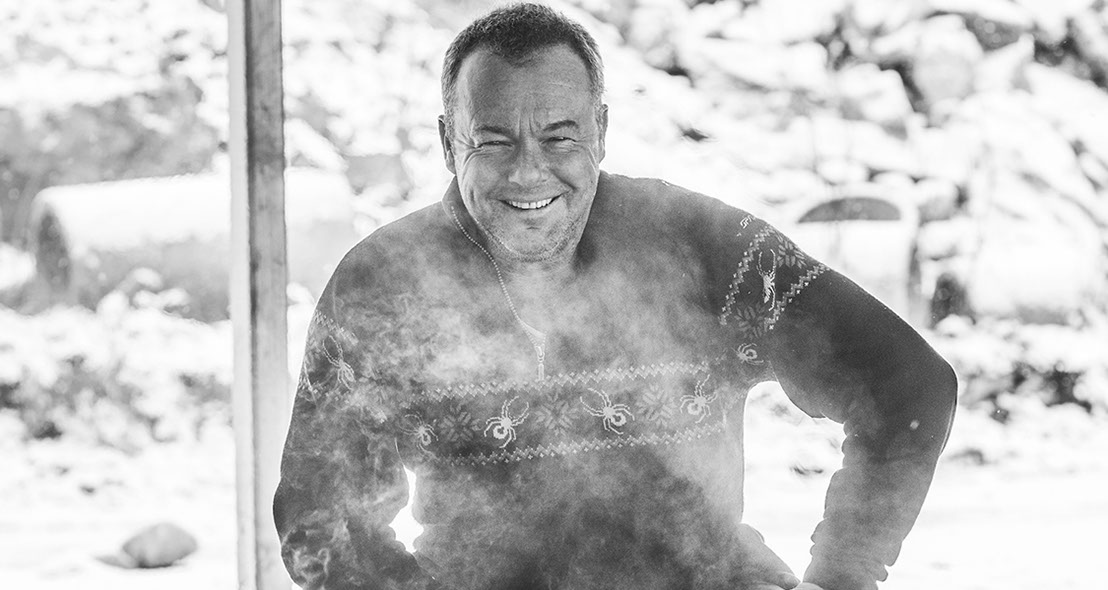 David Yarrow has built an unrivalled reputation for capturing the beauty of the planet’s remote landscapes, cultures and endangered animals. Born in Glasgow, Scotland in 1966, he is now one of the world’s leading fine art photographers. At the Sotheby’s photography auction in London in May – Yarrow’s iconic image from South Sudan – Mankind – was sold for $75,000 – the highest of the 100 lots in the show. In April the following year David’s image “The Wolf of Main Street” sold for $100,000 and was the highest bid for piece by a living photographer and most recently “78 Degrees North” went for an impressive $110,000.
He is represented by some of the world’s leading galleries and in America David has shown at the renowned Perot Museum in Dallas and his work is permanently on show at the new Museum of Natural History in Missouri. David’s images are among some of the most sought after pieces of work within the industry.

David has a global book deal with Rizzoli publishing house in New York, and produced a flagship book named ‘Wild Encounters’ featuring work from seven continents, capturing some of the earth’s most endangered species. He is honoured that HRH the Duke of Cambridge wrote the foreword to the book which was released in October 2016 and all author royalties from the book will go to Tusk Trust. Amazon awarded it “The Best Art and Photography book of 2016”.
Alongside Rizzoli, David launched the book in a series of events across the world in the last quarter of 2016, including exhibitions at Fotografiska in Stockholm, Leonhard’s Gallery in Antwerp, Holden Luntz in Palm Beach and at London’s Somerset House.

In April 2017 at the annual Tusk Gala in NYC, David’s images raised $175,000 at auction, including two lots which sold for $50,000 each, very much cementing his status as one of the most coveted artists in his field.

Yarrow’s evocative and immersive photography of life on earth is most distinctive and it has earned him an ever growing following amongst art collectors. His large monochrome images made in Los Angeles are on display in many leading galleries and museums across Europe and North America and his work is also a regular feature at established art fairs. By the spring of 2017, he had firmly established himself as one of the bestselling fine art photographers in the world, with the limited edition prints (just 12 in an edition) regularly selling at over $40,000 a piece and his well-received recent work is now priced even higher.
Philanthropy and conservation are indeed central to David Yarrow’s passion to document the animal and human world in a fresh and creative way. In 2017, charitable donations from the sale of David’s images exceeded $1.2 million, with four of David’s pieces raising $186,000 in just a few minutes at the Tusk Gala dinner in New York City in April 2017.

In North America, he is represented by two leading photographic galleries in Holden Luntz in Palm Beach and Izzy in Toronto, as well as broader art galleries such as Samuel Lynne in Dallas and Miller in Cincinnati. In Europe, David has a very strong presence in the Baltic – with Oslo, Antwerp and Amsterdam all key venues. David’s most recent partners Maddox have been extremely popular in both London and Gstaad.

Yarrow’s position in the industry has been rewarded with a wide range of advisory and ambassadorial roles. In conservation, he is an ambassador for WildArk, on the advisory board of Tusk and Ambassador to the Kevin Richardson Foundation (@lionwhisperersa). In 2017 Land Rover also appointed David as a global ambassador and creative partner. He is the European ambassador for Nikon and has recently been integral to the companies most anticipated Camera release of the last decade. In December 2017 he shot TAG Heuer’s latest campaign with Cara Delevingne.

His status as an artist and conservationist was confirmed in June 2017 when he was invited for a private lunch with President George W. Bush in Dallas, Texas.

Subscribe the 159.gallery newsletter and do not miss anything (new releases, events and more)